Greenlandic Perspectives on Climate Change 2018 to 2019 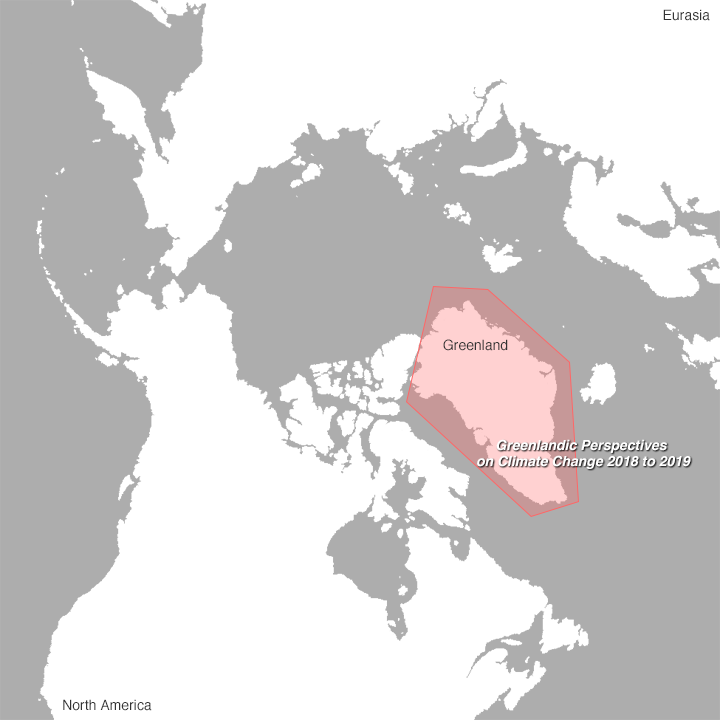 From July 2018 to January 2019, an international team of Greenlandic, American, Swedish and Danish researchers from the University of Greenland, University of Copenhagen, Greenland Perspective and Kraks Fond Institute for Urban Research conducted the first Greenlandic Perspectives Survey (GPS), a nationally representative survey of Greenlandic residents’ views about environmental changes and Greenland’s future. In partnership with Statistics Greenland, surveys were randomly allocated to residents living in randomly selected towns and settlements across Greenland’s municipalities and geographic regions, as well as the self-representing locations of Nuuk and Upernavik. 646 residents in Greenland (~1.5 percent of the adult population) took the survey from July 2018 to January 2019. The margin of error is +/- 3 percent at the 95 percent confidence level. Additionally, filmed interviews were conducted in each location.